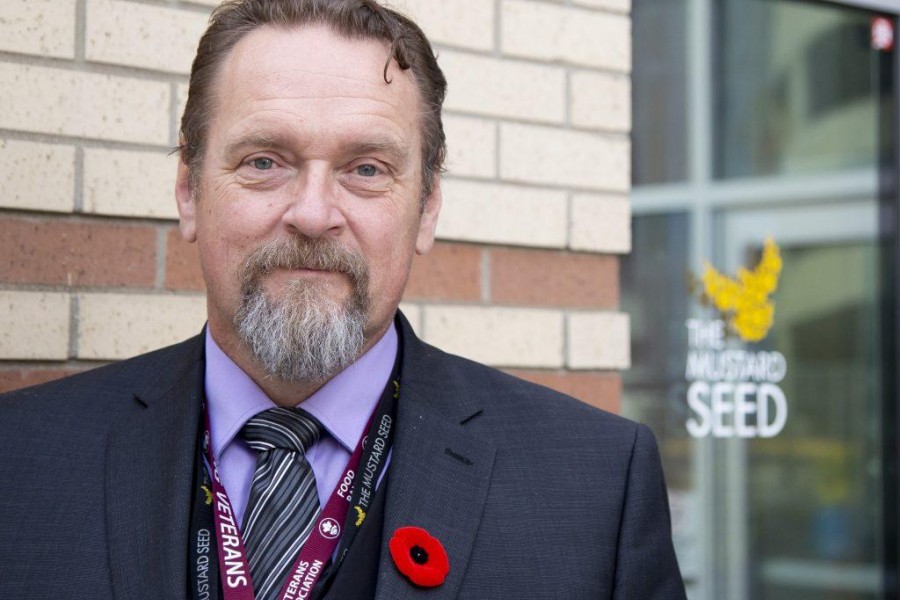 Homes For Our Heroes

Don retired from the military in 2012 after serving over 30 years. He considers himself lucky because he was able to find a job in Alberta’s oil industry, but struggled with a sense of loss since his departure from his military family.

He admits getting accommodated with health care, finances, and wellness was very overwhelming, but what was most intimidating was his realization that he had no idea what it was like to be a civilian.

“We are thrust (back) into society, with a slap on the back and a ‘thank you for your service’,” says Don. “Some do amazingly well moving forward in their lives. Others, not so much.”

After some time in his oil field position, Don still felt a strong connection with the veteran’s community. He made a bold decision to leave his job and pursue addictions counselling in hopes of reconnecting and giving back.

Through his studies and practicum placement with The Mustard Seed, Don now finds himself doing what he sees as his dream job.

On Friday, November 1, you can find Don – the newly appointed Veteran’s Peer Support Worker – welcoming veterans experiencing homelessness into the first tiny home village for veterans in Canada. A partnership between the Homes for Heroes Foundation and The Mustard Seed, the Homes for Heroes ATCO Village is intended to provide a transitional living environment for veterans as they work to heal and reintegrate into society.

“The goal of my position is to provide individual and group guidance, and coaching as veterans acquire the skills to live independently,” Don told us.

Once veterans are selected for the program, not only will they have 24/7 support from a former veteran, but they will also have access to Mustard Seed employment services, as well as the Wellness Centre where they can receive referrals to other social service organizations.

“This program will give them something which they haven’t had in a long time – a sense of belonging, guidance, and options,” says Don. “From there we will move forward together, one on one, or as a team, with the goal of independent living in a safe and stable environment.”

The Mustard Seed is a safe and supportive place where individuals experiencing barriers associated with poverty and homelessness can have their physical needs met in the short term. In the long term, the process to heal and grow mentally, emotionally, and spiritually for a better life down the road can begin.