He’s been sober and off the streets for years. It took everything in him to stop by The Mustard Seed church. He said he almost didn’t get out of the car.

But Peter did. He was overwhelmed and managed to say two simple words to the staff, “Thank you.” The Mustard Seed was there for him when he needed food and emergency clothing.

“You guys fed me for 15 years, it’s the only chance I got to eat in between the addictions,” said Peter, “if [the police] didn’t arrest me at that point, in another few months I would have been dead.”

Peter spent six years in jail. Busted for break and enters, home invasion and assault. He used the time to reflect and get clean. “I stopped and took a long look. I saw what kind of monster I really was and what I would do for the drug.” It was the moment he began to heal.

The hurt began for Peter as a young boy. He says at two years old, his father killed his mother in front of him. He was adopted soon after. He suffered more abuse in his foster home.

“90 percent of people start using drugs to mask something they don’t want to remember,” Peter pauses and continues, “the more the drugs stop working the more you take.”

Peter volunteers at The Mustard Seed in Calgary. He says people listen to him and many instantly connect with him. He believes it’s because “they’ve chewed the same dirt. Have you ever held a knife at someone’s throat for crack?” It’s a dark past that’s earned him street cred with others.

Peter pours everything into his new job with The Alberta Seventh Step Society. The group provides support to inmates as they reintegrate into the community after serving a sentence. Peter travels the province and shares his story with students from grades 7 to 12. His presentation is real and gritty. The ultimate reward, he says, is when someone comes up after his talk and asks for help.

Peter is happily married with three boys, a dog and a home of his own. He says he shares his story openly with his sons hoping none of them will ever have to chew the same dirt.

No More Reasons to Run 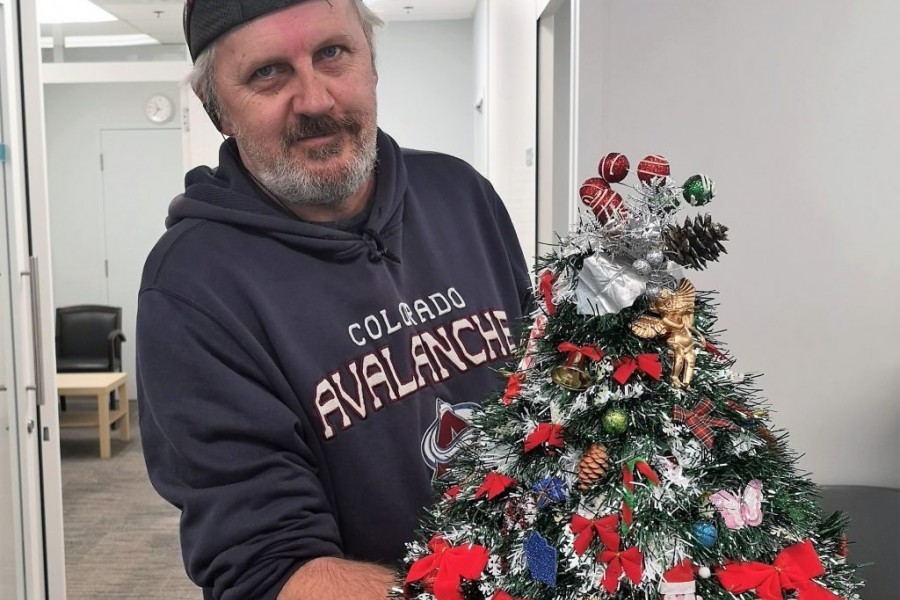 He Did It All By Himself