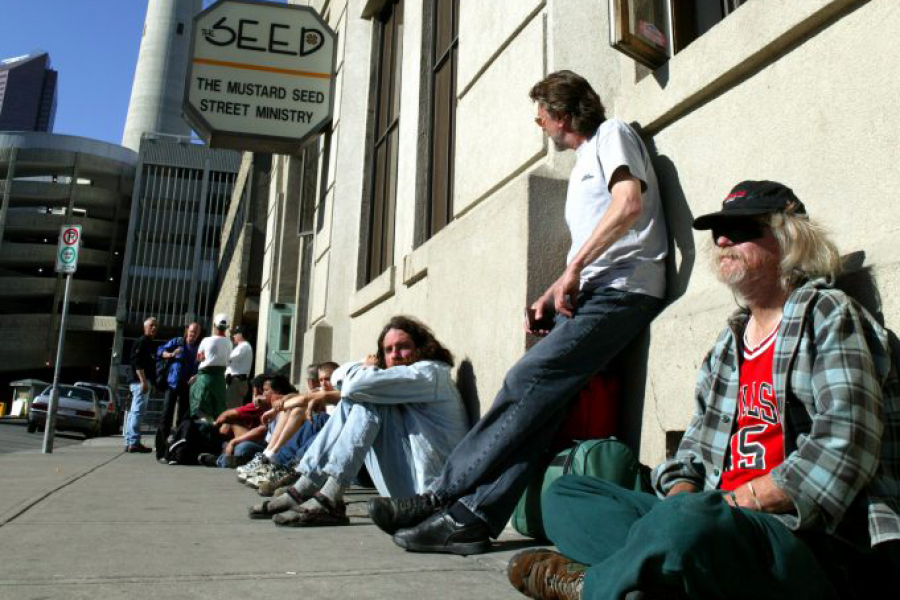 It was in November of 1991 that we finally found that home. The location was perfect. It was closer to downtown, but far enough away to prevent some of the negative peer pressure that is on the north side of the tracks. The new building offered 27,000 square feet, with four stories plus a basement – lots of room for the development of areas suitable for going all the way with those with whom we walk. The building would need a major renovation. The cost to purchase the facility was $375,000. Through the work of the BUWC and NABC we managed to arrange for the mortgage, but this would have left us little to begin the renovations to get us into the door. Fortunately, God saw our need and was working on it well before we even knew they existed.

I received a phone call just before the purchase agreement was to be signed to request an appointment to discuss the new facility. During the meeting I was asked how much the facility would cost. The donor agreed to make all the arrangements to pay the full cost of the location in our name over a five-year period.

This gift was not only to The SEED as a ministry, but also to the Body of Christ, and indeed, to the underprivileged of our community. It was not given by a major corporation and it was not a small percentage of a fortune. This gift was from God through a willing servant. Through the gift, The SEED was filled with increased faith, which is all the donor desired.

As this mountain passed, we were faced with another. This time it was the design and renovation of a facility that would help us realize our dreams; however, since we were privileged to see the first mountain being conquered, we were now more assured that one day soon the flag of our Lord would be planted on the peak of the second, in honour of His faithfulness to his creation.

The SEED became the owner of the 102 11 Ave SE facility on February 19,1992. Through the help of students and faculty of the University of Calgary’s Environmental Design Department and the Pendergast Group, our architects, we were guided through a conceptual planning session. A dozen people huddled in a small room on the third floor, each of us shivering in the sub zero temperature, as there was no heat in the building. We peered at five big white rectangles of blank paper on the wall, each representing a floor. On these papers we would attempt to draw the dreams that were engraved on our hearts. To some, they were rooms of different sizes and shapes—to us, they were, and remain to be a vessel through which the Body of Christ would reveal the practical Gospel to those who would use them. Feeding the hungry, housing the stranger, healing the sick, freeing the captive, warmth for the freezing, direction for the lost, hope for the hopeless, love for the unloved were illustrated through every stroke of the felt marker.

The vision that filled the pages came easily. Our dreams, for the people that we are committed to were years in the making. By February 22, we realized that this vision would become reality only through hard work. The interior would be stripped back to the concrete. All partitions, ceilings, outdated mechanical equipment, and windows would be removed. The demolition would be accomplished by hundreds of volunteers over many months of giving up weekends and evenings. Only by tearing down the old and constructing the new could we reach our objective – a Christian street ministry that would make a difference in the lives of the underprivileged of the inner city.

In December of 1992 we received a precious Christmas gift – the privilege of moving into our new home. The main floor was filled with our guests immediately. The counseling offices on the second floor were completed, as well as a section of the basement. In total, 10,000 square feet were ready for occupancy. An average of 350 guests of The SEED were soon making use of the facility on a daily basis.

Since then, the Mustard Seed continues its holistic approach in its ministry to the homeless. We believe in addressing the total person embodied in body, mind and spirit. From this emanates a core value between the staff, volunteers and those they serve.