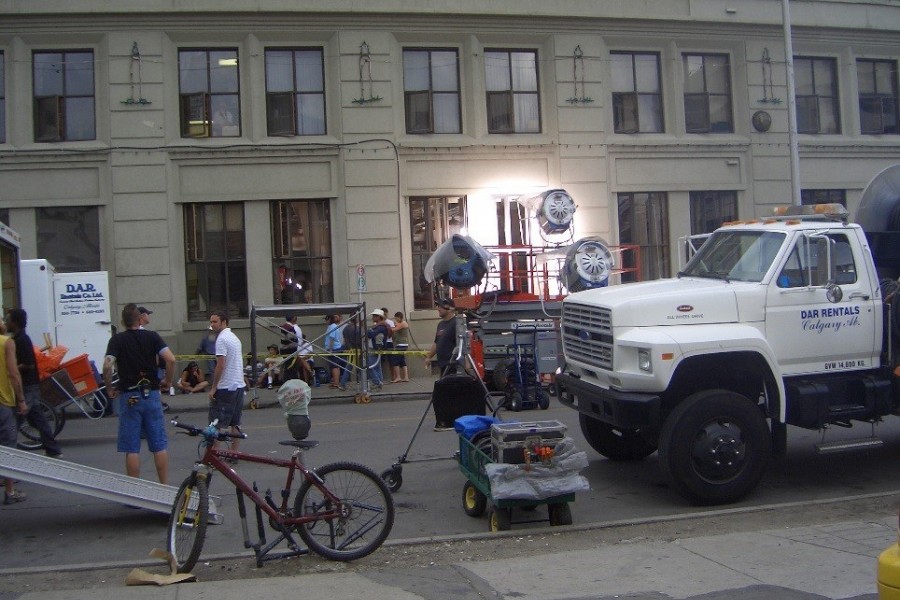 Photo Caption: Camera crews were spotted filming in front of The Mustard Seed Calgary downtown location in 2006 for the movie ‘Resurrecting the Champ’.

In 2006, movie trucks pulled up to The Mustard Seed homeless shelter carrying cameras, lights, and…movie stars. To add to the excitement, the production company also hired and paid 44 guests to be extras for eight hours in a scene in the movie, Resurrecting the Champ.

The movie is about a young newspaper reporter Erik Kernan, played by Josh Hartnett, who is on the hunt for the story that will put him on the map and take him out of the shadow cast by the storied career of his sportscaster father.

Erik encounters a homeless man named Champ, played by Samuel L. Jackson and quickly learns he is boxing great Bob Satterfield, whom everyone thought was deceased. As the two become closer, Erik eagerly soaks up the details of Champ’s illustrious past, hoping he’s found the story that will further his career.

The filming was a chance for guests of The SEED to laugh, work and step out of their desperation for a little while and experience a day in Hollywood. The role wasn’t that much of a stretch for most guests. They sat, ate lunch and had mock conversations, serving as a backdrop for Jackson and Hartnett.

Guests hired as extras were asked what they hoped this event would mean for the Mustard Seed. There was a common theme in the answers the guests gave; all hoped the movie would raise awareness of homelessness and what it is really like to live on the street.

Resurrecting The Champ is scheduled to be released in 2007.