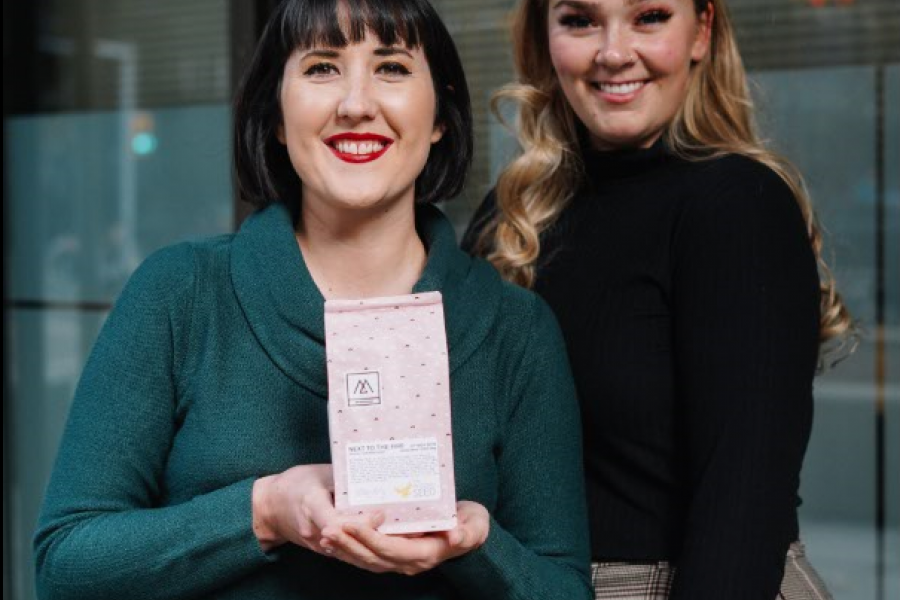 “Next to the Fire” with Ellen Doty

Oct 31 2019
Calgary, Holiday Campaign, Ellen Doty, Made by Marcus, Monogram Coffee, Give Back

It was after a lengthy conversation in a coffee shop with a man who was experiencing homelessness that the idea for musician Ellen Doty’s next song was sparked.

“Next to the Fire,” according to Doty, at the end of the day simply means that we’re all human beings. “We all deserve to be treated with love, respect, and dignity,” she told us.

It’s meaningful conversations like this that have contributed to the soulful, caring artist and human Doty is today. According to her bio, her music incorporates everything from jazz to soul, folk, pop and indie music: a sound that is uniquely hers. Originally from Okotoks, she currently lives in Calgary.

For her third year in a row, she is excited to once again be a part of the annual holiday giveback campaign in collaboration with the local coffee company Monogram.

We’re thrilled to announce that this year’s charity of choice is The Mustard Seed!

Beginning November 8, Monogram will be selling bags of Next to the Fire coffee, with $5 of every bag being donated back to The Mustard Seed. Each purchased bag will come with a free download of Doty’s new single.

Popular ice cream shop, Made by Marcus, has also jumped on board with the campaign this year. Inspired by the Next to the Fire, a portion of the proceeds from every scoop or pint sold of the limited edition coffee ice cream will also be donated to The Mustard Seed.

“Jeremy (a Monogram co-owner) and I had always wanted to collaborate on some kind of project, and a few years ago I suggested I could write a song to be paired with a special roast of their coffee,” says Doty. “We both truly value giving back to the community, so it was a natural fit to donate money to support those in need as a part of this project.”

The campaign kicks off with a live performance from Doty and Alberta soul artist, Kate Stevens, at Monogram Coffee in Calgary at the Fifth Avenue Place location (420 2 St SW) on November 8.

“It’s so meaningful to bring together two things that I love – music and coffee – to raise funds and awareness for those that really need it during some of the coldest months of the year,” said Doty.

Check out a Monogram Coffee or Made by Marcus location near you to help build hope for someone in need this Christmas.