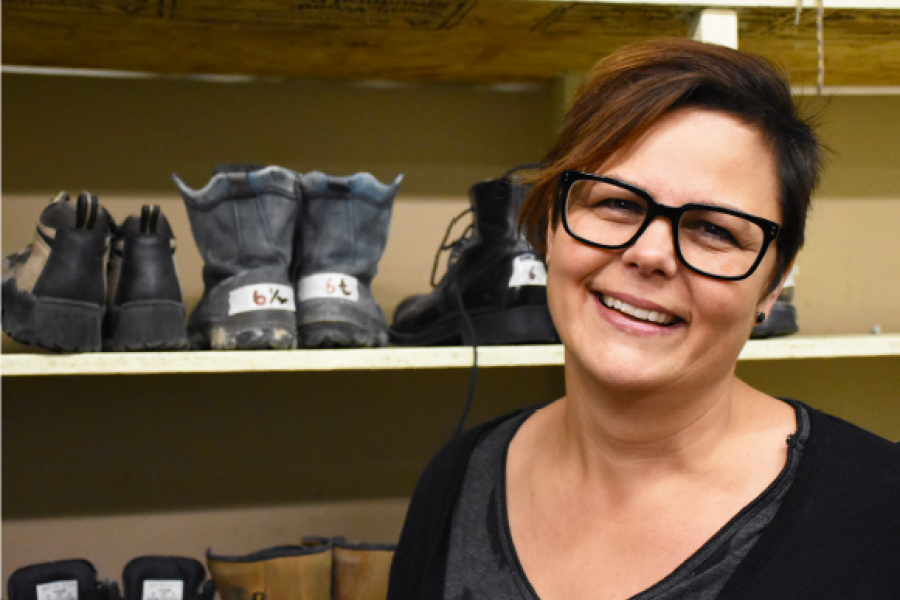 A community participant named Sekou came to Canada one year ago after living in a Sierra Leone refugee camp for 17 years. Before that, Sekou was originally from Liberia where he lived with his wife and two children.

One day, in Liberia, Sekou’s wife said that she was going out to find food for the family and that she and their children would come back home shortly. That day, the war broke out. Sekou’s wife and children never returned home. He never saw them again.

After such a loss, Sekou did all that he could to help the people affected by the war. For years, he lived in a refugee camp, working for the Red Cross and the UN. Sekou acted as a translator for new refugees, helping them navigate their new realities. Through his work with the Red Cross and the UN, Sekou was given the opportunity to emigrate. He chose to make Canada his new home, knowing it was a peaceful country where he wouldn’t have to face anymore war and violence.

Sekou arrived in Edmonton with absolutely no connections. Several months ago, Sekou knew he needed to find people to connect with, who could provide him with support and community; that’s when Sekou found The Mustard Seed. Sekou began to regularly volunteer his time at our Personal Assistance Centre, however, he was in need of a paying job. Sekou became my client in early September. In getting to know Sekou, it was very clear that he was eager to work. Employment Services assisted him with his resume and we started searching for jobs.

“Sekou knew he needed to find people to connect with, who could provide him with support and community; that’s when Sekou found The Mustard Seed.”

One day, several months ago, Sekou shared with me that he got a phone call. It was his wife. His wife who he thought he’d never see or hear from again. She and their two children were alive, living in a refugee camp in Guinea. After all this time, she was able to find him through Facebook. He advised his wife to move to Sierra Leone, where she could get a small apartment and he could send money. Sekou, now more than ever, had the motivation to work in hopes of one-day bringing his family to Canada.

Eventually, an opening with one of our Mustard Seed partners became available and Sekou seemed to be a good fit. I sent his resume to the employer and she asked that he come in for an interview. The job was to clean offices in a large, busy warehouse. When we went for the interview, the employer noticed that Sekou worked as a truck driver years ago and had experience with mechanics. She mentioned that if Sekou was able to settle into his new janitorial job, she would consider expanding his role to include maintenance of the machines and forklifts in the warehouse.

Having witnessed this exchange, I can tell you that Sekou was a happy man. He came in looking for janitorial work and never imagined that he might have the chance of getting his hands back into some grease. The joy on his face was palatable.

“…I can tell you that Sekou was a happy man.”

Getting to know Sekou through this process, and then being able to sit-in on the interview, it was evident that he was so excited. He kept saying that it was almost too good to be true. On the walk back to the car after the interview, both of us were holding back tears. Sekou pointed to the sky and said, “Only God.”

When we got back to our CSC location, Sekou asked for a size 12 pair of steel-toed boots for his new job. The only size our Personal Assistance Centre even had close to a 12 was a 10.5 that had just come in that morning. He tried them on anyways…they fit. Sekou was right, only God!