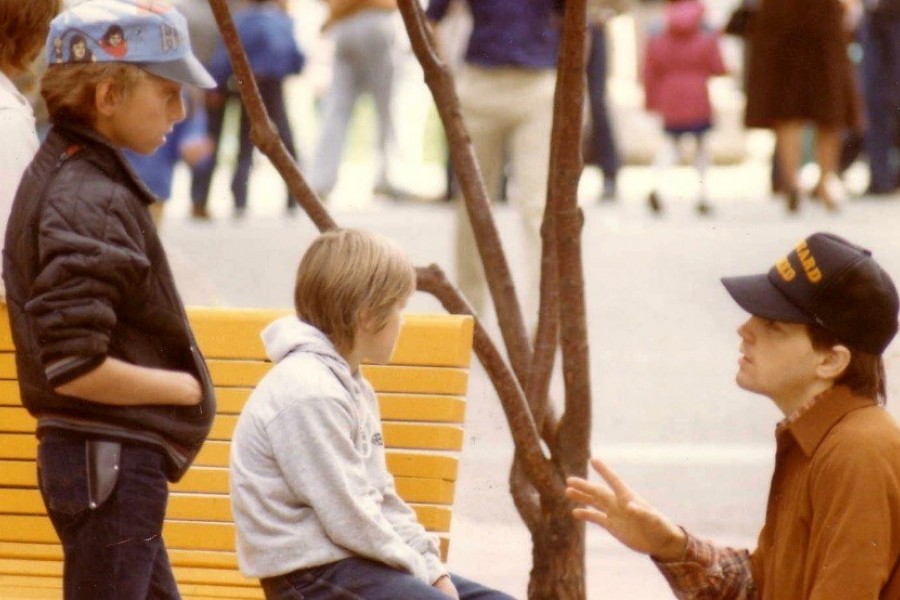 The Mustard Seed Street Ministry grew out of First Baptist Church’s Burning Bush Coffee House Ministry in Calgary, a drop-in center for young street people. This outreach was initially begun by a group of young people from First Baptist who called themselves ‘One Way’. During the summer of 1972, this group ministered to children in the Victoria Park area, witnessed on the mall and held coffee houses.

Throughout the 70’s and 80’s those who gave night after night of their lives to the operation of the Burning Bush, were compelled by a deep compassion to go further into the growing street community of the inner city. It became increasingly obvious that the growing needs required a full time effort. In the summer of 1983, the Victoria Mustard Seed Street Church was invited to participate with the Burning Bush in a week of ministry on the streets of Calgary. Discussions turned quickly to action and First Baptist Church was called upon to take the step from Burning Bush to Calgary Mustard Seed, a full time work that would lead us all beyond our comfort zone. On March 11, 1984 the first Mustard Seed Street Church service was held in the Burning Bush. The Mustard Seed was officially opened on November 25, 1984 under the leadership of Pat Nixon.

To First Baptist Church, the One Way group, the Burning Bush Volunteers and the Victoria Mustard Seed, we offer our sincere thanks for the support, vision, hard work and faith that gave us the example and foundation that has made The SEED an important asset to the city of Calgary.