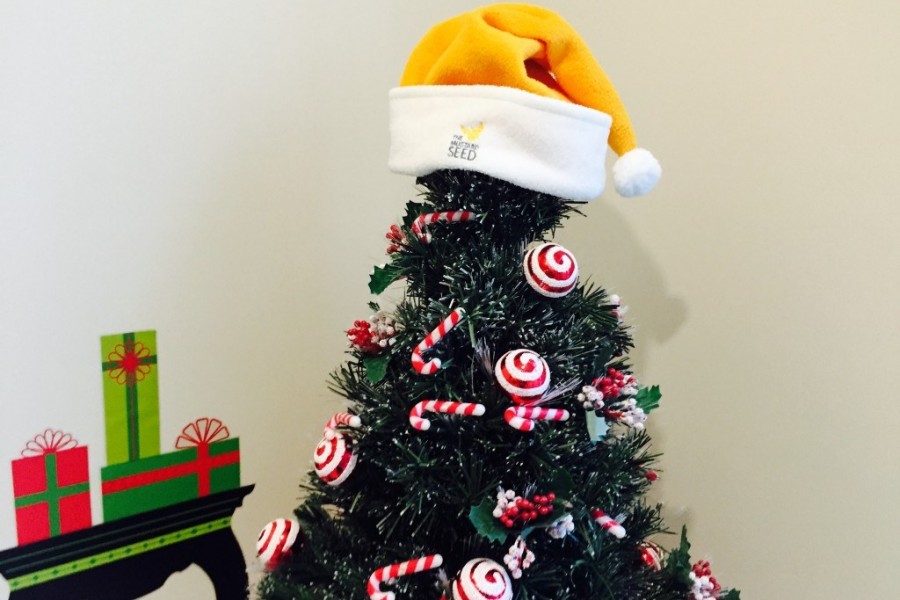 Yellow Santa Hats Bring Joy to our Donors at Christmas

To say it’s busy at The Mustard Seed in December is an understatement! Generous Calgarians are constantly stopping by with donations of food, clothing, or money during our 30 Days of Giving Hope campaign.

One thing you’ll notice right away if you stop by is our Christmas receivers in their festive mustard-seed-yellow Santa hats.

Their job is to greet everyone as they arrive at our downtown location or at The Mustard Seed Shelter in the southeast. Led by Charles, who like the rest of them has been hired just for the Christmas season, the receivers are outfitted with tools of the trade – a welcoming smile, helping hands and strong backs.

Charles is a resident at our 1010 Centre, a permanent supportive housing complex adjacent to our downtown location. He is one of the casualties of the downturn in the oil patch. Charles was laid off in July, then became very ill and had to be hospitalized. It was during his recovery in hospital that he applied to live at the 1010 Centre. He has experienced homelessness before, and he didn’t want to end up on the street again.

“I get to practice my smile all day long.”

Charles says now that he has a safe place to live, he wants to give back. “It makes me feel great inside. It’s like a good night’s rest – it invigorates me.” He adds, “It’s a privilege. I’m on the front line and I get to practice my smile all day long.”

He says “wonderful people” pull up to our doors every day with donations of everything from winter coats and hats, to coffee mugs and blankets. As soon as they spot someone with a yellow Santa hat heading towards them, Charles says, “You can tell they love it.” Somehow the yellow fuzzy Santa hat just makes people smile, especially children who arrive with heartfelt donations of pocket money or proceeds from a bake sale.

“I try to treat each donor the same. Regardless of what they give, it’s of equal value to me because I know it’s going to somewhere great,” says Charles.

How and where you can donate