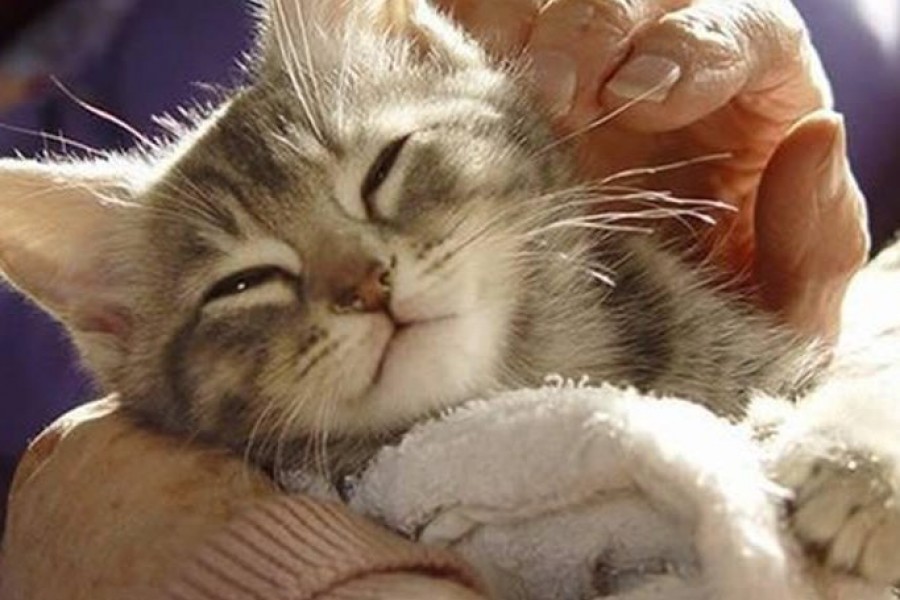 Elise approached me during a resident engagement event. She told me she had lost her passion and wished she could work again to bring hope and purpose back to her life.

Unfortunately, due to a number of serious medical concerns, Elsie will likely never work for pay again. We talked about the idea of volunteering instead and she was so excited about the idea because she felt like it would give her a purpose and allow her to give back to the community.

In our first meeting, we brainstormed all the different areas she could work in while focusing on her strengths, rather than her limitations.

In our second meeting, we sent out emails to some local pet rescue foundations because that was her first choice. Within days, one of the rescue organizations emailed her back with a list of all the opportunities where she could become involved.

Cat cuddler was her first pick of jobs

Before she could start, some urgent medical concerns came up again, so Elise was unable to start right away. During this time, she was really feeling depressed and the idea of helping a pet rescue organization became something she looked forward to once she was well. It became a positive focus for her – a reason to get well.

As soon as she was feeling better, we emailed the pet rescue agency and Elise picked what days she could work.

She successfully started as a volunteer “cat cuddler,” and feels so excited to be using her strengths to give back and bring meaning to her day. She loves her volunteer work and says her role as cat cuddler brought meaning to her life again. She is very thankful for the help of the employment program to be able to advocate for her and help her find use for her God-given gifts and passions.

Elise’s gentle hands and kind heart, make her an all-star when it comes to cat cuddling.