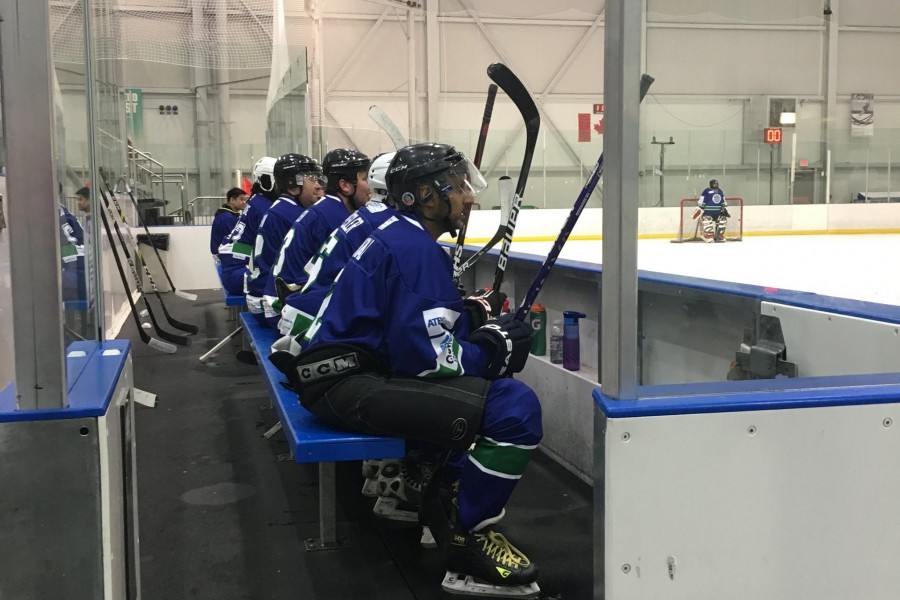 Hockey Helps the Homeless is a national organization based out of Toronto. It has raised 10 million dollars to combat homelessness. Executive Director Ryan Baillie says, “We leverage the game of hockey. It’s the perfect combination.”

For Jason Stanton, it was a chance to skate with his childhood hero. He couldn’t stop smiling after the game as he spoke about skating with popular Oilers Alumni, Glenn Anderson and Fernando Pisani. “I’m an Edmonton kid, born and raised here, and you can see that hockey is an important part of our culture.” Stanton is also part of a successful family, which owns The Running Room. It’s just one of many businesses that paid a sponsorship fee and raised funds to skate with hockey greats for a good cause.

Glenn Anderson remembers the glory days from the past and says helping the homeless is important.

“Every day you wake up and you’re privileged because you know there is someone out there who is suffering. So anything we can do to help, I’m glad to be part of.”

Another fan favourite, Georges Laraque, says he will skate again next year. “You just never know, it could happen to anyone at any time. A lot of them it’s just bad luck. It’s important to contribute. It’s important to raise money.”

$70,000 will be split among three charities, The Jasper Place Wellness Centre and two hubs within The Mustard Seed, Mosaic Centre and The Neighbour Centre. Managing Director Dean Kurpujuweit says it’s a great event. “I would say I love hockey, and I’m passionate and motivated to help people. When those two things come together it’s kind of close to who I am.”