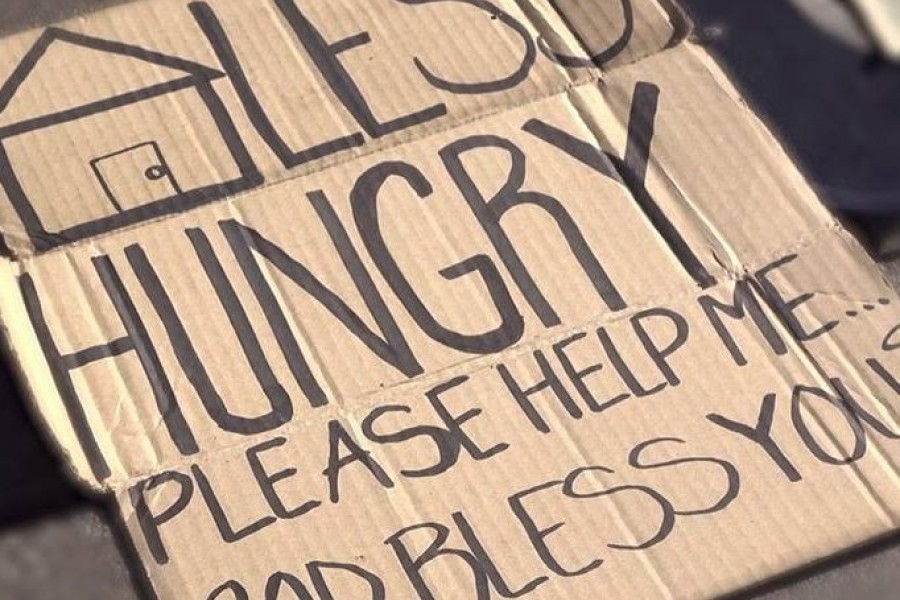 Submitted by Liz Mackie, donor, who has been involved with The Mustard Seed for over 20 years.

It was one of those warm summer evenings, and I just needed to run some errands. We stopped at a grocery store, and I saw him sitting alone with his stained, worn out cardboard sign saying that he’s homeless and hungry. My husband went ahead into the store, while I sat down next to this young man. It broke my heart to see him sitting there alone. His name is Benjamin. We chatted for a while, and he openly shared his story of being without a home and how it feels to be alone with no family in town anymore. He had such a sad story of loss in his life.

None of this would have happened had I not toured The Mustard Seed facilities only a few weeks earlier with Shirley Thiessen, Major Gifts Manager, The Mustard Seed. After the tour with Shirley and meeting staff and residents at The Seed, I felt equipped and confident to approach this young man, Benjamin.

My heart was deeply touched and I was moved by compassion as I listened to the tragic life story of this withdrawn and fragile 21-year-old. He was hungry, so I made sure he was able to get some food that evening and hopefully gave him hope that others, like myself, do care about him. I’m so thankful for the work that’s done at The Mustard Seed because I know they are reaching and changing lives, like Benjamin’s, every day. When I toured The Mustard Seed facilities, I saw the proof with my own eyes.

At The Mustard Seed, lives are changed.

Hope and encouragement are freely given along with a whole lot of real love.