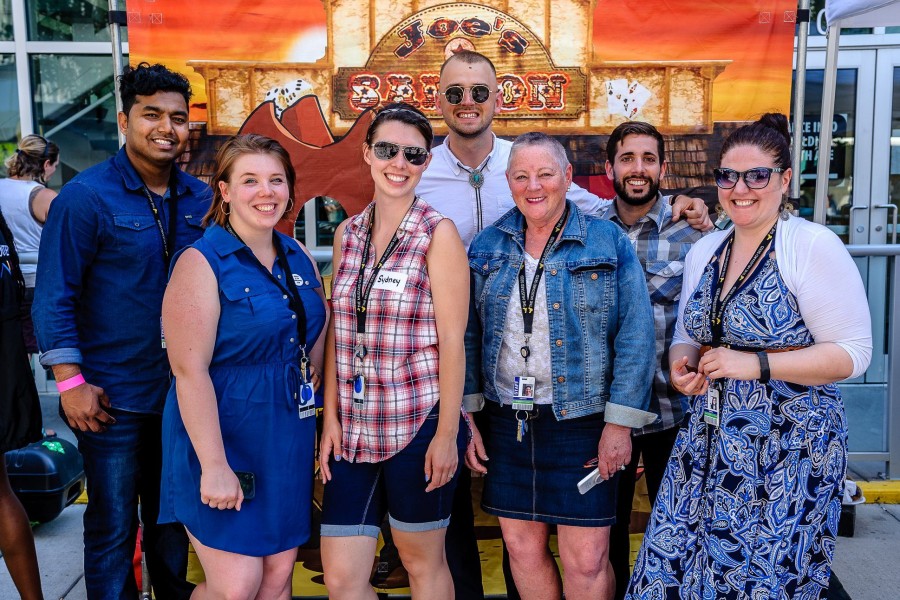 How Did Your Stampede Go?!

We’re happy to say WE DID IT RIGHT!

At The Mustard Seed, we kicked off the festivities with our annual Stampede BBQ last Friday after the parade, where we closed down the street and served-up over 2,500 free meals to the community.

Stampede truly is a celebration of family and engagement and we couldn’t be more blessed to be part of such a generous and loving community.

Our chef prepared delicious BBQ beef on a bun and potato salad, while staff and volunteers put on carnival games including a bean bag toss, face painting, a petting zoo, and our brand new addition this year – the DUNK TANK! With the weather that day reaching the high 20s, it was the place to be.

We were also honoured by our very own staff member and lead singer of The Frontiers, Drew Gusztak, who got the event started with his folk soul vibe. Local musicians, Tim and Mariel Buckley, finished the crowd off with a roots-rock collaboration.

“The BBQ was a lot bigger than I had expected,” said Danielle Murphy, first-timer to the event. “It was nice the entire block was ours to wonder.”

Mayor Nenshi made his traditional appearance once again, taking to the microphone for a few minutes to say quick ‘hello’ to the crowd and wish everyone a happy Stampede.

“Mayor Nenshi had an awesome speech and being a part of the line dancing – now that was fun,” said David Cha, our Street Level Team Lead at our 102 building downtown.

Our second swing at Stampede festivities happened on Thursday where we hosted an authentic pancake breakfast at our Foothills Shelter. Our staff entertained everyone by putting water guns in the hands of a few “unpredictable” staff members, who took no time to test them out.

We had our own Chaplain Rick performing for the group with his guitar, who proves to us time and again that his passions and talents go above and beyond his work at The Mustard Seed.

“I love playing music for a crowd,” he told us. “The day was an incredible success, as our guests felt respected and a part of the team.”

All of our guests were invited, as well as staff, partnering agencies, and the community. We fed almost 125 people, including our CEO, Stephen While, who participated in our traditional pie eating contest! He didn’t win, but the guest who did, gave one of the best efforts we’ve ever seen, eating the entire pie in under two minutes.

We are deeply grateful for the opportunity to connect with our neighbours, and we thank you all for your unconditional support in serving our most vulnerable citizens.